If you click on a link and make a purchase we may receive a small commission. Read our editorial policy.

With the release of the 2022 Pokemon Go Bug Out event, you're going to be wondering how to evolve Wurmple. Evolving a creature in Pokemon Go usually means feeding them a certain amount of candy, however, Wurmple is slightly more complicated.

Wurmple isn't the most exciting of Pokemon - it's a lowly bug-type Pokemon added in the third generation, a little spiky grub that eventually enters a cocoon form and then becomes something else entirely. However, Wurmple is fairly unique in that you never quite know what you're going to get when you evolve it - it can evolve down one of two unique and specific lines of evolutions. On this page, we explain Wurmple evolution, just to dispel any questions you might have about how the mechanic works.

As is always the case when a Pokemon has a more complicated evolution, people have questions. And we're here to answer those questions - so let's get it out of the way. Basically, Wurmple can evolve two distinct ways in Pokemon Go: 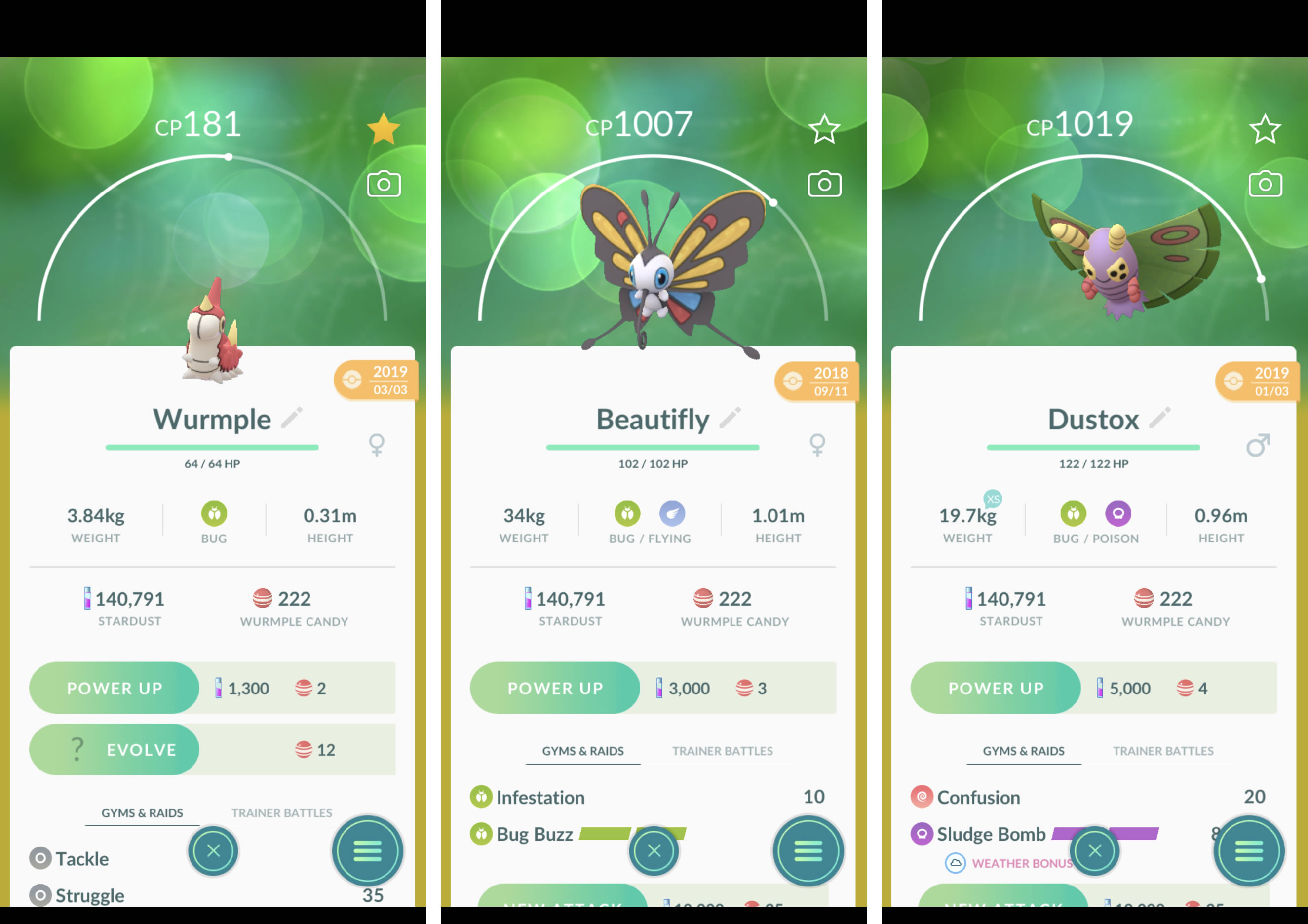 What you're probably wondering, inevitably, is if there's any way to influence this. For instance, you can famously use some names as a little 'cheat code' to get to every single Eevee Evolution in Pokemon Go... but unfortunately, that's not the case here. The little question mark you see next to Evolve button for Wurmple is entirely random - you can't influence it in anyway.

The good news is that it is a 50/50 chance between the two - so while you might get a little unlucky and get a few of the same Pokemon in a row, you'll definitely get both quickly enough. The chance is nowhere near as diluted as with Eevee. Also, the candy costs are cheap - it couldn't be much better or more fair.

Once you get Silcoon or Cascoon, your next evolution is set - Silcoon turns into Beautifly, and Cascoon into Dustox. It's just the first phase that has a random element.